Gaming on a phone has grown massively in recent times, largely down to the fact that the games now available to us on our miniature handheld devices are simply much better. There are so many games to choose from too, well beyond our selection of the best releases in May. More and more will be coming, that’s for sure.

In fact, throughout the year we’re guaranteed a comprehensive selection of creations from developers. It’s the world we live in now, with games like PUBG Mobile proving hugely popular of late, alongside releases such as Pokemon Go. Then there are casino games, with over 1000 online slots available, alongside puzzle games, brain teaser creations, and hugely popular releases like Angry Birds and Candy Crush. The options are endless, but separating the dross from the gems can be a tricky task.

Don’t worry, though. We’ve got you covered. So, without further ado, here’s a look at some of the best android games in 2020 so far.

A third of Mars is a golf course in this hugely entertaining release. Dragging your finger to set the direction and power of every shot you take, Golf on Mars is a fun and quick sports game to play, unlike other creations of its type perhaps. Many golf game lovers have compared Golf on Mars to Desert Golfing, which is an accurate comparison to make, although this particular creation is a lot more detailed and contains some welcome twists and turns as you tackle it. Give it a go, golf fans.

Playing as a man who has lost his memory after waking up in a mental facility, The White Door is a point-and-click adventure game as you explore your surroundings and try to find the best ways possible in which to pass the time. Full of horror moments and an eery feel throughout, this is a game that will continually change and throw up surprises the further you progress. Definitely worth a go.

A growing trend in 2020 has been around developers releasing its console and mobile versions of games at around the same time, but GRID Autosport on a mobile has been five years in the making. It’s certainly worth the wait, though. With plenty of cars to choose from and 100 circuits to tackle, this simulation will provide you with a racing experience like no other on android. 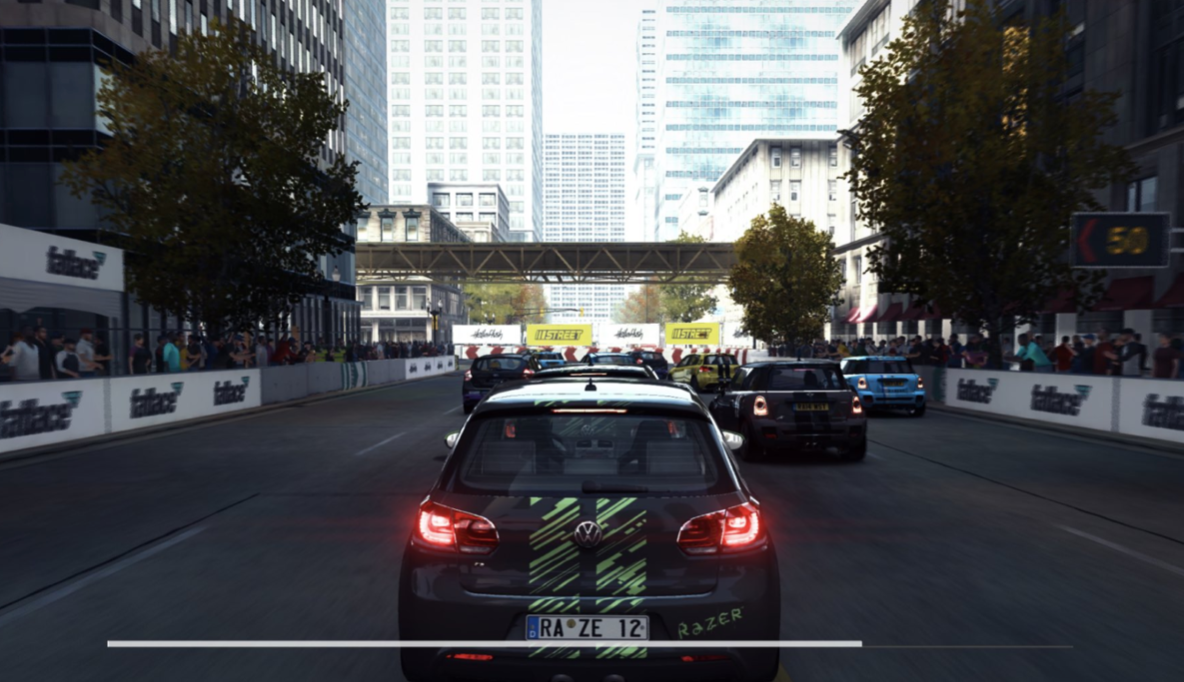 We couldn’t really ignore Minecraft when compiling this list. Put simply; it’s a massive game still pulling in the crowds in 2020. Very similar to the desktop version of the game, although perhaps less detailed to true Minecraft lovers, Minecraft on a phone is just as enjoyable as you explore the virtual blocks in the palm of your hand and battle against your enemies.

If you’re a fan of runners, then Summer Catchers could be right up your street. Trying to reach the end in your wooden cart, Summer Catchers is a barrel of laughs as you try to avoid all kinds of hazards and scary-looking creatures along the way. An easy game to grasp, the boss battles can be challenging, but overall Summer Catchers is a fun game well worth trying out.

Full of endless explosive action (quite literally) and entertainment capable of keeping you busy for hours on end, Bomb Chicken features a chicken who lays exploding eggs which take out any enemies in its path with complete ease. A silly but massively fun game, you’ll be desperate to embark on more adventures with your lethal chicken once you have a taste of this one.

Top 5 E-Wallets to Gamble With

MOFT Z: Turn The World Into Your Workspace With This 5-in-1...

5 Settings That Will Secure Your iOS Device