Poker positions. Where you sit in relation to the dealer could be the difference between taking home the pot or going home with your tail between your legs. But do they really make such a difference when playing poker online? The truth is that it makes little difference whether you play poker face to face or online via a website or app – where you sit matters. Whether poker enthusiasts want to enhance their knowledge of poker positions ahead of their next game, or have overheard other poker players making comments such as ‘he’s got a good position on you!’ This guide can assist with the what’s and why’s of poker seating arrangements – even when playing online!

To begin with, it’s important to know each seat -virtual or not – is part of a category. These categories are referred to as:

Some players may not be aware, but the position one takes at the poker table is imperative to their success in-game.

However, this is, of course, only if a player understands the position they’ve chosen and its power to leverage their chances of winning.

The poker places within each seating category also have names, which this post will divulge further below. Throughout, readers will begin to understand what positions(s) are deemed the best and worst.

Early Position aka Under the Gun

The seats on the dealer’s left are thought to be the worst positions to sit at the table.

Under the Gun (UTG) refers to the first player to the left of the dealer who is under pressure to act. Because in a metaphorical sense, early position players are being “held at gunpoint” to decide. Without knowing if and how the other poker players will execute their hands.

Early positioners have multiple options to choose from, such as betting, folding, checking, or raising.

But without the chance to gain a read on what the other players are doing. Those seated in the early position have little to no information to base their card-playing tactics on.

As such, UTG’s are restricted on what hands they can play and must avoid playing fast and loose.

Numerous pieces of advice suggest players within this category should play their strongest hand and avoid tactics to outsmart other players in the game.

While those seated after the early position are no longer under the gun, it’s still wise for those in the middle position (MP) to take a conservative approach in poker.

Although, players in this seating section could perhaps get away with more combinations than a UTG. Particularly if players in the early position category have folded.

This is because a middle position player is less likely to need to come up against a strong hand or be forced post flop to play out of position.

Next in line to the first MP, often abbreviated as MP+1, will also benefit from working in a similar form to MP; however, it may enter with a slightly loose starting hand than the players before them.

The late position category covers the remaining three seats on the poker table. Each seat has a distinguished name because while these three are grouped, the methods enabled by each player’s seat vary immensely.

The positions are as follows hijack, cut-off, and the button, and below is more information on each.

The hijack sat in third place to the dealer’s right earned this charming name because the position enabled players to hijack the blinds before the two following positions, the cut-off, and the button.

Hijack is better positioned to play more hands than a player seated in the middle position.

On the dealer’s right sits the cut-off who can afford a position as the second most adventurous player to the button.

Often players in the cut-off position can and will raise the stakes aggressively, causing the button (the dealer) to sweat and fold.

Players wanting to take this stance are, in poker terms hoping to ‘buy the button.’ 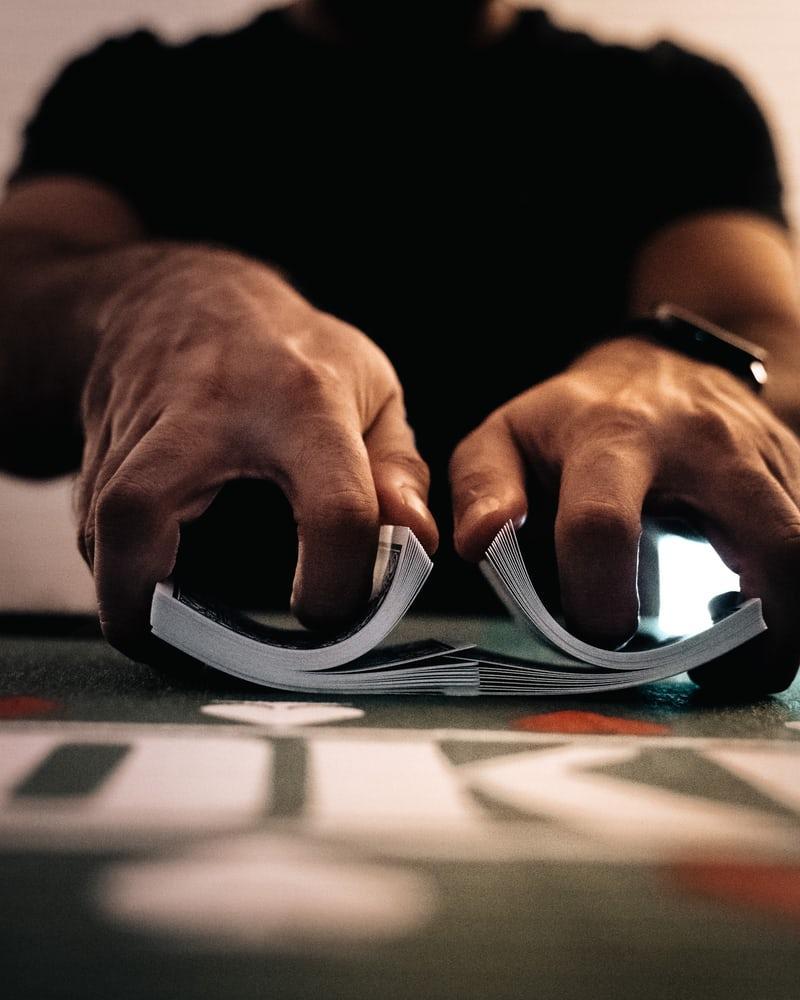 Dealer Position aka The Button

Each player’s position at the poker table is relative to the dealer. Each player gets equal time in the position as the deal rotates.

The dealer’s position is thought by many to be the most desirable place to sit, particularly in games such as Texas hold ‘Em.

The reason being, after the flop, whoever is in this position will always have the opportunity to act last in every round. This gives the button a distinct advantage because they get to see every other player take action on the table first before they decide what to do with their own cards.

Those in the late position may conduct another strategy called the ‘betting position.’ This means if no other players have placed a bet in a round, late positioners can place a bet regardless and potentially win the pot.

The betting position is a well-known tactic among poker players. Thus, it’s common for those in the late position to call someone’s bet a bluff if, for instance, the dealer bets before them.

However, sometimes the betting position method is worth trying if allowed to do so.

The Best Seat at The Poker Table

Players eager to gain a prime location on the poker table should, if the position is open, look to take the dealer’s spot. Or otherwise, turn to gain a position as a cut-off or hijack.

The ability to see most of the players play their hand first gives seats in the late position an advantage in the game.

Thus, whether the others have decided to fold, bet, or raise. The last position can see all and make a calculated decision on what hand to play. In turn, there’s scope to enhance their chances of winning the pot.

Although should a player be allocated in a middle or early position, fear not!

Learning about the strengths and weaknesses of each position will allow players to apply the tactics appropriate to their position. While also keeping in mind if other players are working within the guidelines of the powers of their position too.

The joy of playing poker for many is that there’s so much to learn. Just when a player has got to grips with the rules. There’s always something to improve on.

Hopefully, with the guide above, readers shall now have a better perspective on the importance of poker positions and where to sit.

Top 5 E-Wallets to Gamble With

MOFT Z: Turn The World Into Your Workspace With This 5-in-1...

5 Settings That Will Secure Your iOS Device